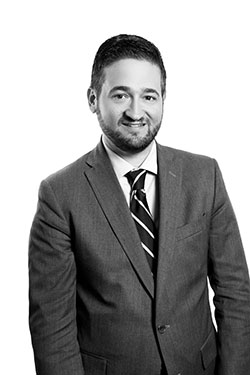 Prior to founding Langdon Title, Stephen was an attorney at the international law firm of Weil, Gotshal & Manges, LLP. At Weil, Stephen regularly represented acquirers, targets, buyout groups, investment banks, and shareholder groups in complex domestic and international transactions. He was involved in advising General Growth Properties in the largest real estate bankruptcy in U.S. history. He was also involved in two of the other largest bankruptcies in U.S. history, Lehman Brothers and Washington Mutual.

Stephen has been a frequent lecturer and author on real estate-related matters. Most notably, he has been a guest lecturer at Brooklyn Law School for their Real Estate Transactions class and has had articles published in the New York Law Journal, Real Estate Weekly, and other notable publications.

Stephen resides in New York with his wife and two beautiful daughters.

« Back to all staff